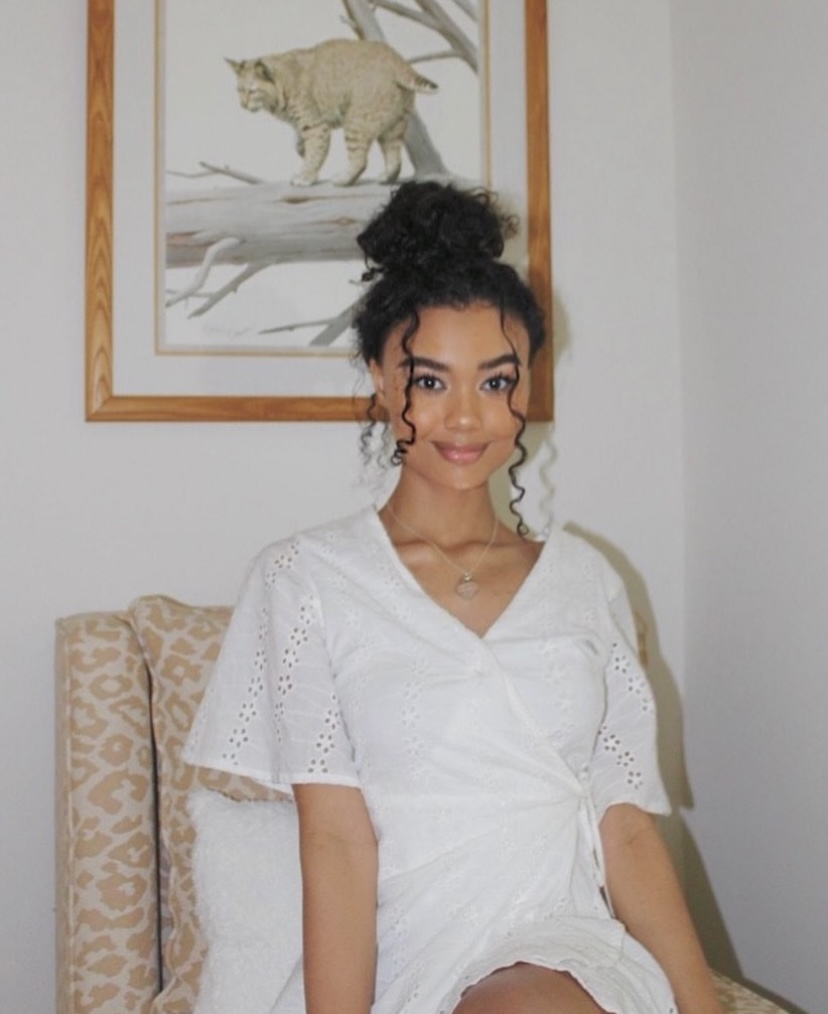 Early on in life I was faced with quite a few hardships, including becoming an orphan at the early age of three years old, alongside my younger brother after my father passed away tragically during surgery. I remember the exact moment I was told my father had passed, and one thought that remain in my head are the words coming from my Grandmother saying, “The doctors just couldn’t save him.” It was so profound to me at an early age I grew up with plans to save other little girls' and boys’ parents and be the doctor I wish my father had. My grandmother then became the guardian of me and my brother. Often encouraging us to pursue our dreams and education. I had attended a small elementary school in Corryton, being the only biracial child in the school I was often ridiculed for my brown skin, I had a locket with my father’s picture in it and considering he was Caucasian often when I would show my friends his picture, they would not believe his was my father. I had to learn at an early age how to try and educate people on what is appropriate and inappropriate to say to someone of color, and to someone who lost their parents. Looking back now being an eighteen-year-old girl, I am proud of the resilience I held even at an early age. It did not make me bitter; it just fueled my goal to try and educate people on what I now know as communications.

Before I knew it, I was facing my last year of high school as a straight A student and 4.0 GPA, with many friends I held close to my heart. I was set to graduate from high school in May of 2020, a few months after the covid-19 pandemic broke nationwide. Still set on my dreams of pursuing my MD, I had applied at Pellissippi State Community College. When I first started the Fall semester 2020, I had no idea what to expect. I found myself anxiously googling “college during a pandemic,” “how to become a successful college freshman during a pandemic,” only to find a few non-helpful articles. It was a true struggle, along with tragedy outside of my student life that the pandemic had caused. I knew this would be a rough unknown battle but, the cliché “it will pay off in the end,” eventually showed to be true.

Starting off the semester, every aspect was new; I was virtually meeting new people of all different ages and nationalities daily. It was much more exciting, rather than scary once I started becoming familiar with my schedule, and professors with the occasional conversations with classmates in breakout rooms. My classes were going just as planned, my grades were high, and I was preparing to study for the last unit exams before exams until late October my grandmother had received a phone call, with terrible news of my younger brother having been the victim of an attempted robbery outside his job where he was shot three times just at the age of sixteen. Those few moments, turned my semester upside down. My focus was solely set on praying over my brother and for his survival, all assignments I had previously been focusing on seemed to disappear.

After receiving the news, he would survive a day later, I remembered sitting down and thinking “Do I want to become another failed college statistic, or break through the trauma and work through the semester?”  I was not out of options; I had the choice to push through. No matter what, you will never run out of options. There is always a way to succeed, especially with God guiding you. You can make your own options with what you choose to do in your life no matter what has happened previously. I emailed my professors letting them know my situation and each instructor had their own helpful response, making me feel as though I was not alone during this turbulent time in the semester.

I felt as though I was in a real college community, and it takes a lot to feel that virtually. After a few days of refocusing, prayer, meditation and turning in assignments and the help of accommodating professors. I knew although I had not had my desired exam scores, I did not give up. I did not become another college dropout statistic, throughout each hardship it made improvements to my academic career as well as communications. Along with helping care for my recovering brother, it made me a stronger and more resilient person outside of my educational career as well. Reaching out for help, is more powerful than taking on burdens alone. I am proud of myself, for my determination and persistence. I will become the Doctor I wish my father had during that surgery; God is molding me exactly for that.