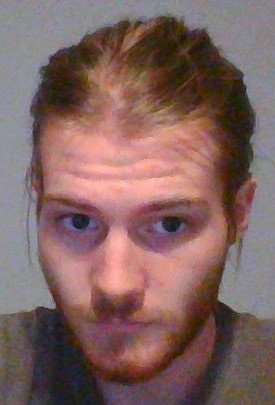 Hello, my name is Eirik Dahlgren. I am a Sophomore at Tusculum University in Greeneville currently majoring in History and Museum Studies and have spent the last twelve years living in Johnson City. Over the course of that time, I accumulated over three hundred hours of community service with organizations in this area (such as the Gray Fossil Site and our Chamber of Commerce’s youth leadership program). In doing this I found a deep and sincere satisfaction in working with the public and decided to couple this trait with my love of history and passionate belief in the necessity for an expansion of the place of education in people’s lives. I knew I did not want to be a schoolteacher because I believe, being one of its products, that the public education system is fundamentally flawed and limited in ways possibly beyond even my own capacity to articulate with a compelling degree of fluency. Although it seems fair to posit that the public education system is not naturally conducive to healthy upbringings nor does it instill in people a lifelong desire to further their own educations beyond that which is necessary in order to be able market themselves as competent workers.

Having noted the education system’s consistent failure to produce well-rounded individuals truly eligible for the private and civic responsibilities imparted on them by the conditions of our nation, I chose to devote my aspirations to an alternative avenue of popular advancement: the museum, even before realizing that Tusculum and its Museum Studies program was only a thirty-minute drive away. Upon discovering the existence of the university and its own emphasis on civic engagement with a particular affection for history, namely the writings of the Roman senator Cicero, I decided to eagerly apply. I was only halfway into my first year of learning how to provoke the human desire for worldly understanding when global events decided to upend my expectations for the next four years of my life. For more than a year now I have watched confusion, fear, and violence cascade through the world around me. For much of that time I was trapped in my home, quietly watching the luster drain from my classmates’ eyes through a computer screen while I saw my own brother’s school fail him as it failed to adjust to changing circumstances. It would be wrong of me to act surprised at this point, because if I know anything well it is the verses of history, and people have always said they rhyme. Furthermore, it would be unfair of me to condemn those who succumbed to some gnawing unease watching these same events unfold around them, as I am plagued by the same uncertainty severely and often, but I hope that the same knowledge which steels my convictions will serve to comfort those of similar circumstances. Know that, while the body of something’s history often rhymes, its conclusion does not have to.

The first prompt for this essay was the question “Why are you going to college?” and there are many dry but truthful ways to answer this question: “I was expected to”, “I need to in order to get a job”, “I did not know what else to do”, but those are not my answers. If it is not already clear, I am very passionate about education, both my own and others, because I not only believe education to be useful but beyond that a moral imperative. A person must know in order to be able to do what is right. It naturally follows that if you have been educated then you must do everything in your power to do what is right. While I believe my education in the past was flawed and incomplete in many ways, nevertheless I received knowledge, not only of that which was included in my curriculum but also of how the system has failed and continues to fail people young and old, and thus imbued with not only the ability but the responsibility to do what I can to address the failings around me. I suggest other students looking for motivation to persevere to accept this responsibility as well, because the knowledge you are being given will mean you have to work to answer the problems you care about, and if you truly care you will see you have no other choice. Fortunately though, the concluding verse of history is yet to be written and it will be those who passionately accept this responsibility who will decide what it says.