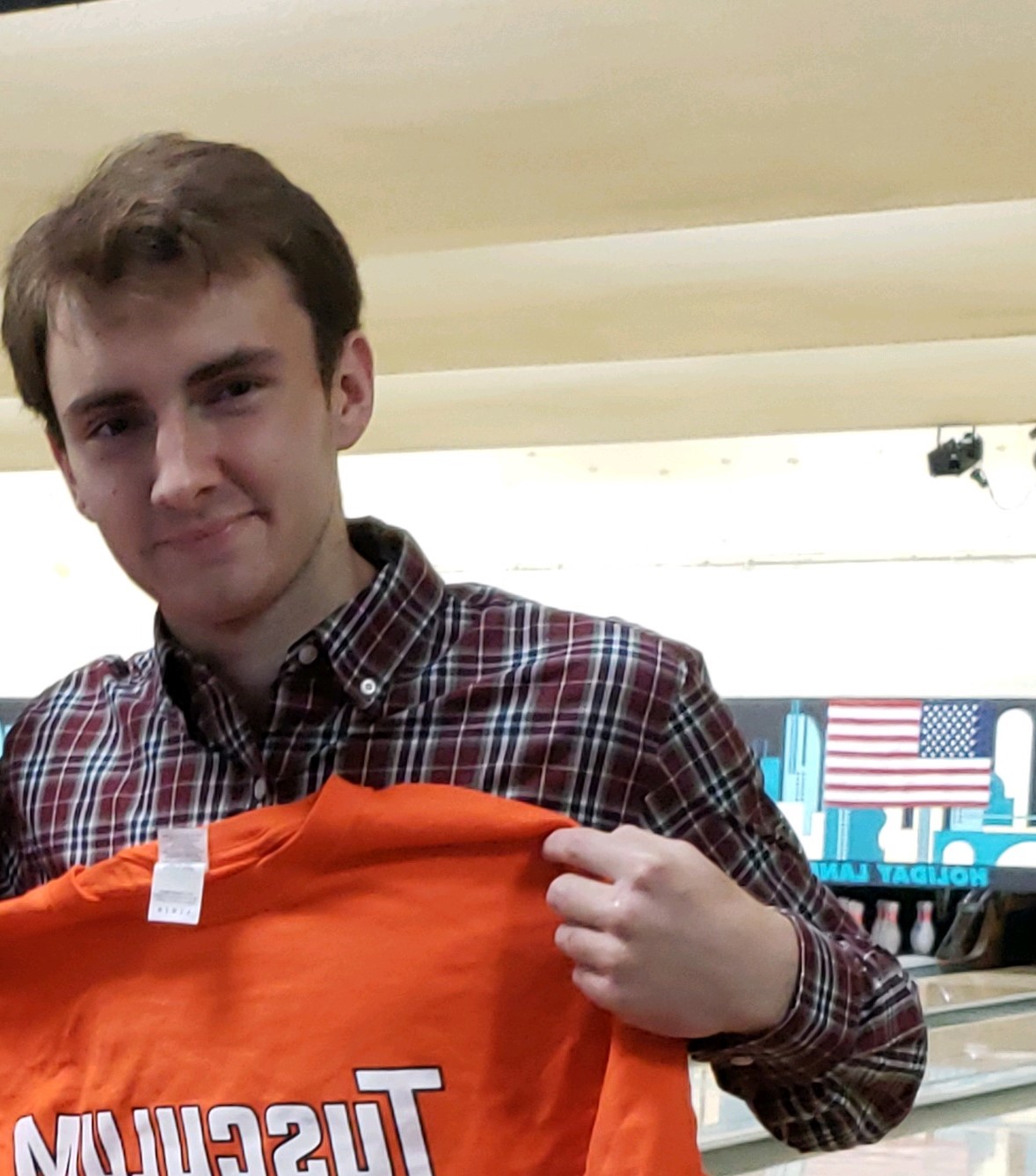 There is a difference in hitting the headpin and missing the mark.  As a bowler, I had my mind set on going to Tusculum College in Greeneville, Tennessee.  I wanted to follow in my mother’s footsteps.  She earned a Bachelor’s degree in Accounting.  Because math was not my strong point, I chose to strive for a degree in Business Management and to attend the same college my mother attended.

My dad and grandma were avid bowlers, and they inspired my love of the sport.  Both of them had bowled near perfect games…read that again, “near perfect”.  They were and are very competitive.  They inspired me to become a bowler.  But deep inside, I wanted to become more than a bowler; I wanted to be a great bowler. As I began to learn the technique of bowling, I began to learn the bowler’s language such as alley, break point, conditioner, pitch and so on.  Sure, my relatives knew the words, but they did not know how to apply them to the sport.

Bowling since the age of three has given me an edge; however, I was beginning to learn the application of the terms.  I wanted to share this with teammates so we all had the edge.  I’ll explain the term conditioner.  The product is used to protect the lanes much like a conditioner is used to protect hair.  Too much conditioner on your hair is easy to remove, but too much conditioner on a bowling lane must be overcome by adjusting your body. Each bowler has to learn how to manage to make an appropriate adjustment.  The oil on the lanes is easy to see with the naked eye.  Using the knowledge gleaned from that eye enables each bowler to determine the adjustment for their body.  I used the knowledge I gained to teach myself the right movement to hit the headpin and make my mark.

Bowlers know that every bowling alley is different in how they apply oil to their lanes.  There was never a time that the lanes were exactly the same.  Finding my groove with the lane conditioning became a real challenge.  As I began to pay more attention to the conditioner on the lanes, I began to be more in tune with the patterns.  I found my groove as well as the floor groove.

My biggest opportunity to share my knowledge came when I joined my high school’s bowling team. This is where I learned the value of being a team player and meeting my individual goals.  As a team, we needed to win for the school.  As an individual, only the best bowlers got to participate in league tournaments.  My goal was to lead our school to victory.  It wasn’t going to be a “Me” story, it was going to be a “We” story.

As a high school student, I bowled my first three hundred game - perfect game - at the age of 17 and became the youngest Region 1 MVP. I still hold the title of the youngest bowler to bowl an 800 series in the East Tennessee Region.  I was beginning to master bowling skills.  Coaches were scouting high school bowlers to add to their rosters for college.  I was being scouted. I was hitting the headpin, but I soon learned I was missing the mark.  If I thought I threw a strike but only nine pins fell, I was annoyed. My frustration showed not only to me but to those watching. As the high school coach wasn’t a professional coach, she had failed to provide the proper constructive criticism to head me in the right direction.  After one tournament, a stranger approached me and said that I would be a better bowler if I flushed my frustrations down the toilet and bowled.  Little did I know that this man was going to be my future coach.  I took his words to heart.  When I missed the headpin, I aimed for the mark of no frustration.  I had learned the difference and was applying my new knowledge to the sport.  Next year I will be a sophomore bowler in college. I have not missed the mark, and I am hitting the headpin.