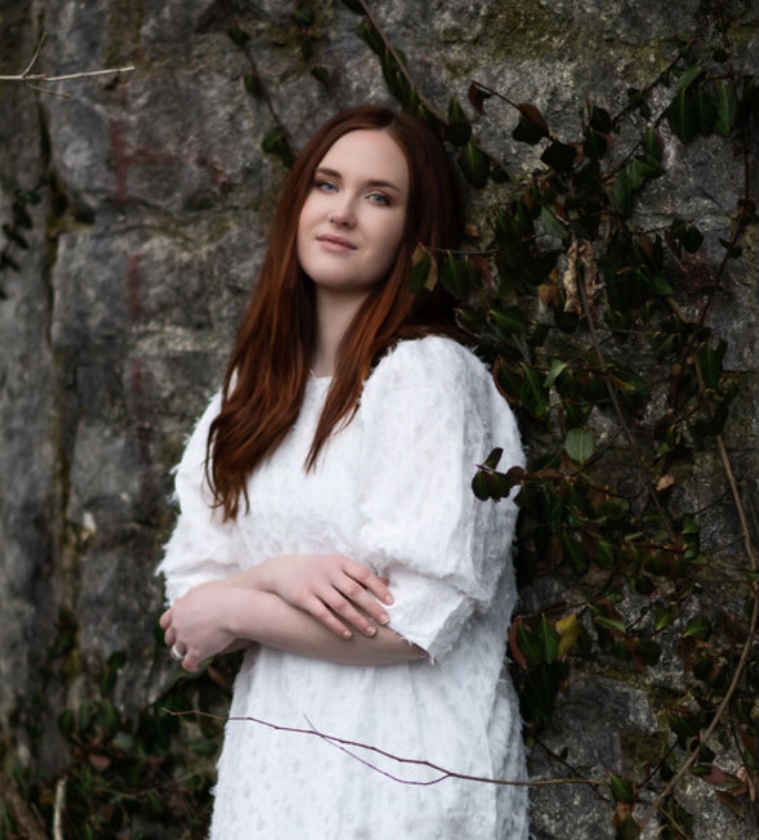 Music has always been my passion and zeal in life. Because I am ADD, ADHD, and many other things, music has been a constant - something that I knew I could succeed in because it almost always requires your brain to jump around from one creative idea to the next. When it came time to go to College, I was faced with many choices as a college pastor’s wife, worship leader, science enthusiast, writer, and pretty much anything else you can think of. However, I never doubted that I would study music.

My name is Olivia Ramsey, and I am a music major at Pellissippi State Community College in Knoxville, TN. I am 20 years old, an oldest sibling, and recently got married to the love of my life. I’ve always known that I am lucky to have figured out so quickly what I want to do in life, but I had no idea how hard it would be to stay focused on the prize during school. Some days, I wondered why I was even studying if I was just going to graduate and have kids in the near future. I wondered if studying classical music would even pay off for the worship songs that I was wanting to write. A once zealous and passionate girl found herself overwhelmed by a world of endless possibilities, and lost with where I belonged. I didn’t feel that I belonged in my skin because on one hand I was ministering to college students while on the other, I was a college student who needed help too.

One day, I was about to give up hope on my studies because I found it more draining than helpful. I started to talk to myself about the pros and cons of quitting to work a job, and it quickly became a conversation with God. He reminded me of a time when I was young, and my now husband (who at the time wasn’t even attracted to me) came up to me and gave me a prophetic word. He said, “God wanted me to tell you to close your eyes and dream your greatest dream.” So, I closed my eyes and saw our wedding day. I know, I know. I was about to open my eyes, but then I saw something else. I saw myself and my husband leading worship with a room full of people, and the presence of God was so strong and sweet. I opened my eyes. He said, “did you think of it?” I nodded my head. Then he said, “all of that is going to happen, and more.” Wow. I was shocked. I just watched my crush walk away after he told me in the craziest way that God would fulfill His promise to me that we would get married someday. I tell that story to say that God brought me back to this moment for one reason: to remind me that He fulfilled the first half of that dream, so why would he forsake the second half? Before I knew it, I was weeping over the keys on my piano as I played and worshipped my heart out. It felt like I was in another world and I didn’t come back until the sound had stopped and I had tarried in the hush for a moment. What started as an angry and frustrated conversation with myself about what I was supposed to do, ended in me crying with excitement and thankfulness that God had made me with the talents and gifts that I carry. I am so thankful to God for inserting himself into this situation, and giving me peace.

It is now one year after this encounter, and I am happy to say that I have written six original worship songs and recorded them at a live event of over 75 people a few weeks ago. The album will be on Spotify in June of this year, and my worship team already has plans of recording another in the near future. The craziest part of all of this is that the roar of the voices in the live recording sounded just like the noise I heard during the vision that I had as a young woman.

Dreams really do come true, and you really do have a purpose. If you feel discouraged, don’t be afraid to reach out and ask for help. Don’t be afraid to explore who you are and achieve a sense of self worth. Write down a list of reasons why you are doing what you are doing, and the answer will be clear. The promise is in the process, and even when it feels like you're walking in place, you are really making more progress than you know. There is no understudy for the role you play in life, and no one else is here to do what only you can do. So why do we keep going? Because we can and we WILL achieve our goals. We can and we will make a difference.